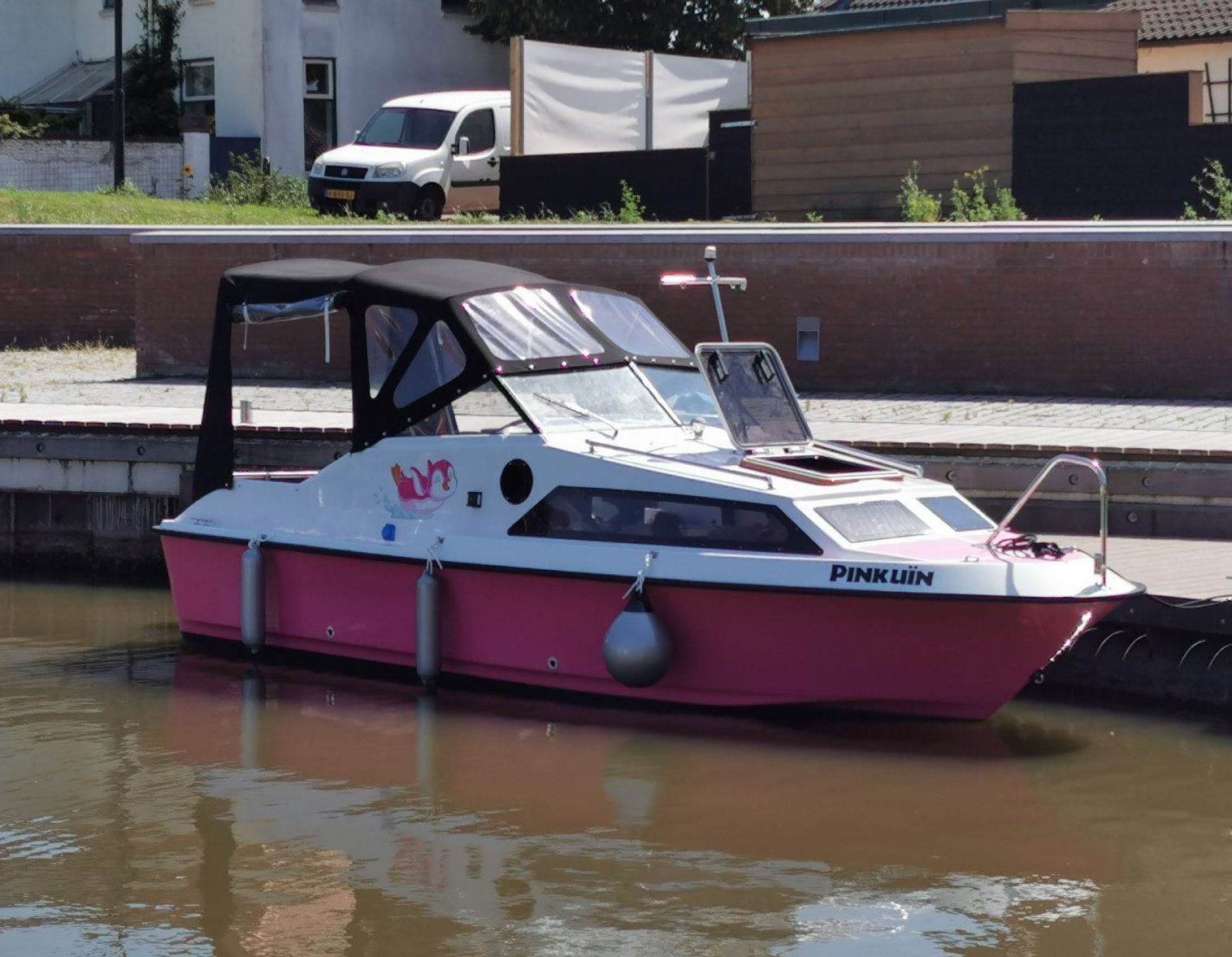 During recent history, the name Shetland has been so synonymous with small fibreglass motor cruisers that it has become the generic name for that class of boat. As well as the many thousands of Shetland produced boats, many similar looking craft were built by other companies.  These  designs are often mistakenly referred to as Shetlands. This page is therefore devoted not just to Shetlands, but to all similar boats, with historic reprints of original advertising copy.

The SOA is open for membership to anyone owning or interested in this generic type of craft. The information in the forums, and the photos in the galleries is of mutual benefit to all. Boat maintenance, cruising experiences and DIY projects are applicable to all craft of this type.

After seeing our website, Jack Stokes contacted us and very kindly supplied us with information about how Shetland Boats was started in the 1960s. He was the original Chairman and Managing Director of Shetland Boats Ltd, and also of Threestrokes Marine. He has very kindly written us an account of the early days:

One of our customers came in and asked if we could obtain a windscreen for his Microplus 16ft cabin cruiser. I said yes, but when I phoned Microplus Ltd in Mitcham they refused to despatch it. They said we had to collect it. An elderly chap named Eric Billinghurst was doing some part-time work for us and I asked him if he would mind collecting one and bringing it back on the train. Off he went, cheque in hand, but when he got there they would not supply him as they were stocktaking!

I was pretty cross about this and was still seething when John Hardy came in. He had a fibreglass factory at Burnham on Crouch – had built the odd small boat – and was looking for someone to sell whatever he could make. He had called on a few people and they all pointed him towards me as I was at that time acting as a wholesaler for Snipe Trailers.

Yes, I was interested and told him I thought there was a market for an outboard cabin boat to compete with the Microplus – in itself this was a bloody awful craft. Someone had to sit on the bow, dangling legs over the front to get it to do anything like planing.

The start of Shetland

So started the ‘Shetland 69’ and the first-year John made 50 of these fairly shallow sided boats. After John had made about 13, he went round to meet Oliver and gave him £13, but Oliver said “give me £20 and call it square”.Not sure if he ever realised his mistake, for while in 1970 we made the boat deeper sided, the hull under shape remained the same and we made well over 5000 of the blighters.

John leased a couple of new units in Southminster and moved production there, using the Burnham factory for development and mould cleaning and the like, but he very soon got fed up with Dealers collecting their boats there – they all wanted a chat and a cup of tea and a factory tour.

At that time I had a few bob to spare at Chelmsford Auctions so I purchased a couple of secondhand Land Rovers and had two very long trailers made – each capable of carrying (quite illegally), two boats. Stan Goodwin and Steve were our 2 original drivers. Things started to go very well, and I closed my Hampstead shop and sold the Chelmsford and Mile End shops. This enabled me to loan some money to John and I moved myself to Burnham on Crouch.

We were rapidly running out of room at Southminster and finally found a site at Stanton, Suffolk. It was huge and there was no way we could afford it. So we bought it. even at half the asking price, I avoided Peter Norman, our bank manager for many months. Like little Audrey, we grew and grew until a complete bombshell hit us. A 20% sales tax on boats!!

If ever it was a case of Export or Die, this was it. We split Europe up into 3 parts, and each Director (except John), had to get off his bottom and sell boats. May went to Ipswich and spent a day talking to Customs and returned with all the forms and information required for us to do our own shipping. We had purchased a couple of double-decker Artic trailers, each capable of holding 5 boats and in the end, we had six of these, each drawn by a D800 tractor unit. The first few were purchased secondhand through an old Territorial Army chum who worked at Fords. Production grew until we were manufacturing and delivering 12 boats a day – 60 a week and often bribing a team to come in on a Saturday morning to help someone out with an extra boat.

In 1978, we won the Queen’s Award for Export. A Director, a Forman and one of the Lads, were invited to the Palace for a reception. When things were going well, John Hardy started getting itchy feet and decided he wanted to go to Australia and build boats there. It was  suggested he went on a ‘Sales Tour’ at Shetland’s expense, and he came back full of ideas for attacking the Australian market.  Our accountants punted around and found someone who wanted to invest in the Company, and they purchased 40% from John and his wife, while I purchased the other 10%.

We never knew what happened. Perhaps Patricia decided against it. John did nothing for some months, and then started building small fishing boats on the Broads; nothing like our products, so it was no worry. The 40% man had lots of ideas for getting round the Tax man, to which I would not agree. So finally he decided he wanted his money back and became clear that it was all on borrowed money. To cut a long story short, I purchased another 20% and the balance went to some of our distributors and the like.

I got to the stage where I wanted to get out and I finally sold the Company to Wadham Stringer in a half cash – half share deal. It certainly turned out to be a good deal, as the shares I had taken at 45 pence each were suddenly worth 75 pence – Wadham Stringer were taken over by TKM. My agreement was to stay on for three years as MD, but it really was a silly situation, as every department in Shetland had to report directly back to a department at Head Office. Finally, they gave me the sack, and while this hurt my feelings, it did not hurt my pocket, as Alan Wyatt, my Solicitor, shook them down for £32,000, God bless his cotton socks.

And there ends the story…….